CARP to become Zoomer in October 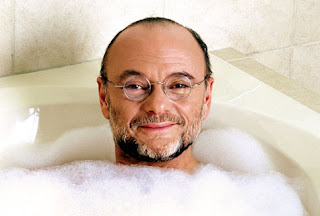 Effective with its October issue, CARP the magazine will become Zoomer, it was announced today. According to a story from the National Post, media entrepreneur Moses Znaimer (above) said CARP has joined the AARP Global Network, founded by AARP in 2006. (AARP goes by its initials now, but was once called the American Association of Retired Persons). CARP becomes the third national 50-plus organization to join the network, including ones from Copenhagen and Italy.

As reported here in an earlier post, Znaimer has hired Suzanne Boyd, 44,former editor of Flare and of the shortlived New York magazine Suede, to pilot the new lifestyle magazine, aimed at 50-plus readers. It will be a substantial departure from CARP, which was more service-oriented.

CARP and Zoomer magazine are targeting 3.3 million Canadian baby boomers aged 40 to 49 and 11.2 million that are 50-plus, for a total of 14.5 million, more than half of all Canadians aged 12 or more. This group controls more than half of all spending in Canada, buys 58% of the cars, 55% of the vacations and …well, you get the idea.

In an introductory video, the founder of CityTV, MuchMusic, Space and various specialty TV channels said “the Internet is the new Television.”

Znaimer also said he has signed content deals with Sympatico and LavaLife, the latter a dating site he obviously views as a major component of his Zoomer strategy.

CARP has a circulation of about 190,000 and it was thought that it might continue as a tabloid newspaper; however, it now appears that Znaimer is making a clean break with the past and integrating Zoomer into his multi-media strategy to ride the crest of the aging boomer wave.

If this strategy works, I'll be very disappointed in my parents' generation. Speaks to every stereotype about boomer self-absorption in the books.

i think it's actually called "znoomer".