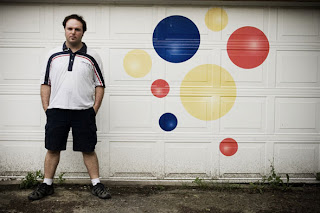 Spacing Magazine has been picked by the readers of Blog TO as Toronto's best magazine. The blog says that the competition wasn't even close.

Publisher and Creative Director Matt Blackett says in a Blog TO interview that Spacing has plenty of room to grow. He said they have hopes of reaching 5,000 or 6,000 subscribers in the next few years and to increase frequency to five or six times annually.

He was candid about other media in the city.

What's your take on the mainstream media landscape in the city. What do you think of Toronto Life?

Toronto has a very vibrant media culture. Some of the mainstream outlets do great stuff, while a handful do a dreadful job. But we're lucky to have so many media options in print: the weeklies, dailies, and all the magazines based here. There's a lot of crap, but the city is packed full of an amazing amount of talent.

As for Toronto Life, I'm not going to get into a pissing match. I like a lot of things about Toronto Life, especially the work of Gerald Hannon, and Spacing contributors John Lorinc and Ryan Bigge who often write for them. I'm just not big into food and restaurant reviews, but obviously their readers are.