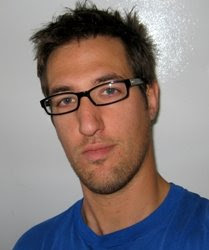 Jake Bogoch, a former staffer at SBC Skiing magazine of Toronto has been named editor of Skiing magazine, based in Boulder, Colorado. He is promoted from being senior editor for the past two years.

"Jake is the kind of skier you'd want to ski with. He's the guy who will unlock the secrets of the mountain and take you to the best spot to have a drink at the end of the day," says Tom James, editorial director, in a release. "The new Skiing magazine will reflect Jake's knowledge of the sport and his willingness to share it."

Skiing has announced a redesign which will be unveiled in September, the magazine's next issue.

"I've been a skier and reading ski magazines since I was a kid," says Bogoch. "To take the helm of this iconic, 60-year-old brand is a lifelong dream come true and a big job. For anyone who knew me during my half-decade as a ski bum, the irony should be unbearable."

Skiing is published six times a year by Bonnier Corp. and has a circulation of about 300,000. (SBC Skier, based in Toronto, claims about 60,000, though it is not currently audited.) Bonnier publishes more than 40 special-interest publications.