US News unveils major redesign in wake of going biweekly 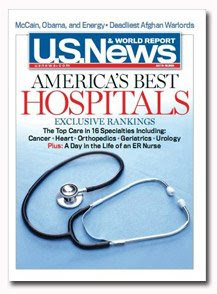 Just a month after it announced it was going biweekly starting in 2009, U.S. News & World Report this week unveils an extensive redesign of its magazine, with a new logo, typeface, retooled front-of-book and feature well showcasing longer pieces. As the magazine effectively moves from being a traditional "newsweekly" it is also now emphasizing longer, public affairs pieces. The redesign was reported in a story in Folio:

“That new logo you see on the cover is not just a cosmetic makeover,” editor Brian Kelly wrote in a note to readers. “It signals a new era for U.S. News. We're changing the way we think of the magazine...We stopped chewing over last week's events years ago in order to give you more timely perspective and analysis. But the rapid rise of the Internet has caused us to rethink that model as well.”

As part of the new strategy, USN&WR will place even more emphasis on the web, where USNews.com already generates 5 million unique visitors a month.

Prior to the announced frequency shift, the magazine had cut its rate base from 2 million to 1.5 million, while already having rolled back its frequency from 46 issues per year to 36.