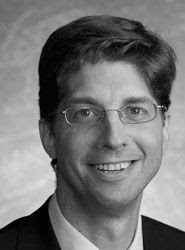 Francine Tremblay, who heads up French consumer publishing, and Jacqueline Howe, who heads up the English side, will both report to Marcoux, who has had considerable editorial experience on the newspaper and trade side of Transcon's far-flung holdings.

Some on the editorial side are dismayed to see Clinton depart since, despite the fact he came to Transcon 14 months ago from the ad agency business, he had been a considerable champion of maintaining editorial quality and integrity, even while pursuing integration. Clinton had been Canadian president and CEO of Grey Advertising in Toronto and previously served as chairman of JWT Canada where he also oversaw Kellogg's North American business.

It is expected that there will be other restructuring to come at Transcontinental, particularly in the van of the major Q2 loss announced this week.

You write: "The shame of it is that Transcon is essentially not negotiating supplier fees and conditions, but dictating them. For the freelance writers it is a matter of take it or leave it." The contract does not dictate fees. Actually, it reads: "In consideration of the basic fee agreed upon at the time each Work is commissioned and subject to Section 3 (Additional Fees) where applicable, you grant to the Publisher the following rights in association with a Brand."

Actually, that sentence is in another post, not this one. However, I would point out that without signing a master agreement, there will be no negotiation about individual fees. I suppose it is possible that Transcon plans to increase its rates. But does it seem likely?