Maisonneuve publisher Derek Webster moves to be ME at Reader's Digest 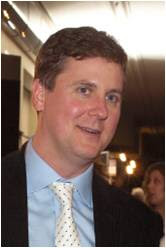 [This post has been updated]Derek Webster, the founder and publisher of the highly respected and award-winning Maisonneuve magazine, has joined Reader's Digest as its managing editor. A release from the company today said that Webster will be in charge of daily operations of the magazine and will work with Robert Goyette, editor-in-chief, magazines and vice-president.

It's not known who will replace Websterat Maisonneuve or what the long-term implications are for the quarterly; there is no question that it is a major leap from running a smallish literary quarterly to managing the content of Canada's largest circulation magazine.

Maisy stopping? Rumours of the old girls' demise are greatly exaggerated! Or more accurately, no more or less exaggerated than usual for a small Canadian arts magazine. My co-editor and colleague of seven years Carmine Starnino is going to continue to produce the magazine, with young talent Drew Nelles as associate editor. Same award-winning time, same award-winning channel.]

RD publishes 5 magazines, including Reader’s Digest and Sélection, Canada's most read magazines with 7.6 million readers a month. It has recently launched Best Health, a healthy lifestyle magazine for Canadian women and More of Our Canada, a companion magazine to Our Canada magazine, one of the most robust launches in recent years. It operates 4 branded web sites and publishes books, music and video products.

I know Derek and loved the work he did at Maisonneuve. Not only was it a great magazine, it was incubator of great magazine talent. I just don't see Derek at RD. It's such an enormous change. More power to him, I suppose.

It's my understanding that MAISY will definitely continue publishing, on schedule, and that Carmine Starnino, who's been there from the beginning, will take over as EiC.

How many good English magazines are published out of Montreal? And how many talented English magazine editors live in Montreal? But while this seems like a match worthy of a shadchan, somehow it doesn't feel right to me. Still, I really hope Derek can cope with the culture shock because he is a terrific guy and deserves to add "commercial success" to a resume filled with artistic successes.