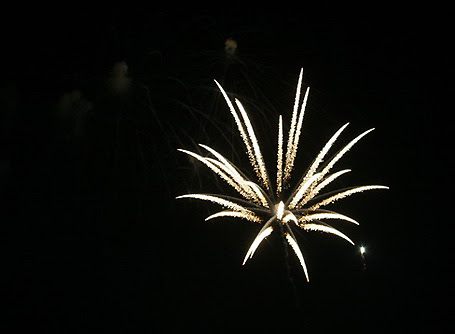 Today is the fifth anniversary of the launching of the Canadian Magazines blog. In that time there have been almost 4,190 posts and almost 922,000 page views, which tends to belie any scepticism about whether there is interest in the Canadian magazine industry.

Since the very first post, it's been our intention to share information with people as interested in the magazine industry as we are. We've been resolutely Canadian while publishing links to information from around the world that provides intelligence or example to Canadian publishers. Our site traffic has grown steadily, from virtually none to more than 25,000 page views a month today, which is very satisfying.

To mark the occasion, we're republishing a couple of the very earliest posts that started it all. (At the time I wrote them, I had no idea what I was getting myself into.)

We did this to ourselves
A response to a recent column in Masthead magazine (Hooked on controlled), in which a veteran circulation manager says controlled circulation is the devil's work:

Like Scott Bullock, I am partial to the traditional paid circulation model, but unlike him I don’t see it as more virtuous or worthy than controlled. Most magazines are in the business of selling readership to advertisers. The central issue for most publishers is identifying and capturing a good audience and being able to prove its existence to the satisfaction of the advertisers. In this, controlled can work every bit as well as paid, sometimes better (after all, a paid audience is self-selecting). Controlled circulation was the inevitable, and elegant answer, to the question: how do we reach and deliver an audience that our best customers, the advertisers, want to pay for?....


February 27, 2005
One magazine organization
(Some wishful thinking on what seemed then to be a distant possibility then but which is gradually coming to pass -- with the admission of b2b publishers to Magazines Canada, the closer collaboration of MC with the National Magazine Awards and the Canadian Business Press, and the ascendancy of one annual industry conference in MagNet.)

The division of the Canadian magazine industry into several different associations -- consumer magazines, for trade, for editors, for the magazine awards, for circulators, for newsstand marketers -- has always been easy to understand, but difficult to justify. It is quite possible for disparate groups to gather in one place -- witness the Creating Canada conference in Ottawa a couple of weeks ago. But maintaining that collegiality and focus seems to be the issue.

With the likely change of name of the Canadian Magazine Publishers Association to Magazines Canada come this June, comes also a first rate opportunity for the creation of a more realistic alignment of the various organizations. Magazines Canada has the potential to be the umbrella organization for all kinds of magazines and magazine organizations. The inclusive name could be inclusive in fact.
The merger of Magazines Canada with the CMPA appeared to be achieved relatively painlessly, at least from an outside perspective. With this, the organization that used to promote the larger consumer magazines continued its promotional role but now on behalf of all consumer magazines, including the predominantly smaller members of the CMPA.

There is no obvious reason why such an umbrella can't cut similar and appropriate deals with almost any existing organization, as it has with the National Magazine Awards Foundation....
[Read the whole post.]

This is just to say congrats, man; well done. I may have hung it up, but still happily track your stuff. Alla best. . . .

You may wish to post a link to the article that Masthead published.

May your blog continue to prosper!

DB,
Your blog has been a refreshing voice in this industry and a wonderful source of information. Thank you!

Scott, of course. It's now included.

Thanks so much DB: you and your small but beyond-vigilant team provide an absolutely invaluable service to our industry. You're bookmarked for a reason.