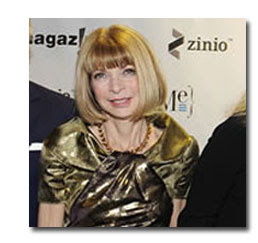 Vogue magazine editor Anna Wintour has been named  a member of the Magazine Editor's Hall of Fame by the American Society of Magazine Editors. She will receive the honour at the annual National Magazine Awards in New York City on April 22.