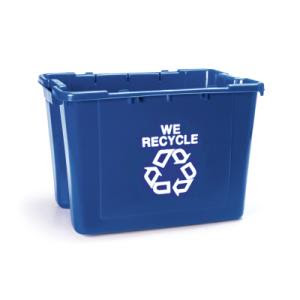 As the deadline looms for publishers in BC to register for the Multi-Material British Columbia (MMBC) residential blue box recycling program, or face penalties, according to a just-published article from Magazines Canada. The article should clear up some of the fog and misinformation that has swirled around these regulations, which requires registration by March 31.


"At the end of the day, publishers are responsible for the products that they produce," the article says. "We strongly recommend that all publishers supplying magazines in/into BC (that end up in the residential Blue Box program) should register with MMBC to avoid future complications."

BC-based publishers are required to register or face possible late fees and/or penalties up to $200,000 imposed by the Ministry of the Environment.  Non-BC publishers who circulate subscription, newsstand and controlled copies into BC would be wise to register, Magazines Canada says. Publishers would do well to register directly rather than deferring to a distributor, wholesaler or retailer, although that is allowed under the regulation; registering directly with MMBC may save publishers money in fees and administrative markups.

MMBC has not yet revealed the actual costs to publishers; the program doesn't begin until May 2014. But Magazines Canada says that BC's levy for handling magazine materials in the blue box may be closer to Ontario's rates (6.47¢ per kg) than the more onerous rates being charged in Quebec (19.966¢ per kg).

It bears repeating that the British Columbia government's recycling regime seems calculated to replicate the errors, inequities and costs that have already been experienced in other jurisdictions. Not only do the new regulations place an additional compliance burden on Canadian magazine publishers but likely with the same kinds of rapidly (and arbitrarily) escalating costs experienced in Ontario and Quebec, often out of proportion with other recyclables -- and, as elsewhere, lets foreign producers (largely U.S.) of magazines sold in Canada off the hook entirely.