BPA Worldwide, the auditing firm, is phasing out its traditional print-based circulation statements effective December in favour of its Brand Report, which allows measurement of audience across various media channels.


"With over 300 members now using the Brand Report, BPA staff and Board decided it was time to give the report a more contemporary and modern look while at the same time transitioning away from its traditional circulation statements.  Utilizing input and guidance from media owners, media buyers, agencies and graphic design artists,  BPA has developed a report that has a cleaner and more contemporary look and feel." the company reported on its website.

Originally, BPAWW had been promoting a "total footprint" approach, summing up all audience numbers across all channels, without regard to identifying unique individuals. This approach has changed, the company said.


"Today, recognizing significant input and anecdotal results from both media owners and buyers, the Board concluded that the sum of all media channels does not add value to the media buy as originally believed, and, in fact, has caused some general confusion in the marketplace over what the grand total number actually represents," says a report from BPA. 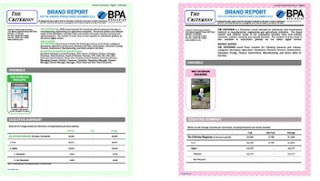