Mags we like: Celtic Life International built
on cultural pride 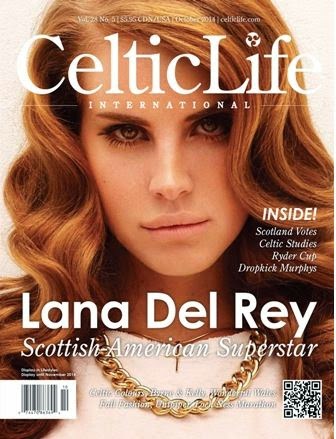 Celtic Life International is a Halifax-based magazine and website that has in recent years redefined itself from a tartan 'n tatties book into something more sophisticated. Witness the fall 2014 issue that features the style of the Scottish-American singer Lana Del Rey. There remain lots of fiddling, folklore, piping and flinging. But clearly a certain amount of sex appeal doesn't hurt, such as a recent cover story featuring actor George Clooney.

The magazine started out as a publication called The Clansman, which was created by Angus McQuarrie as a program and promotion for the first international gathering of the clans to take place outside of Scotland in 1987.It was the foundation on which Celtic Life and its digital cousins was built. McQuarrie is still publisher.


“The one thing that stands out amongst the people we reach and those who follow us, is their pride in their heritage and culture,” Angus told Scotland Now.

The print distribution of the magazine is 201,000 copies, 6 times a year and the website and social media claim to reach over 1 million people a month. Research shows that 43% of its readers are in the U.S. and 36% in Canada with most of the remainder in Scotland, Ireland, Wales, the U.K., Europe, Australia and New Zealand. A one-year print sub in Canada costs $24.95; a 1-year digital sub is $14.95.