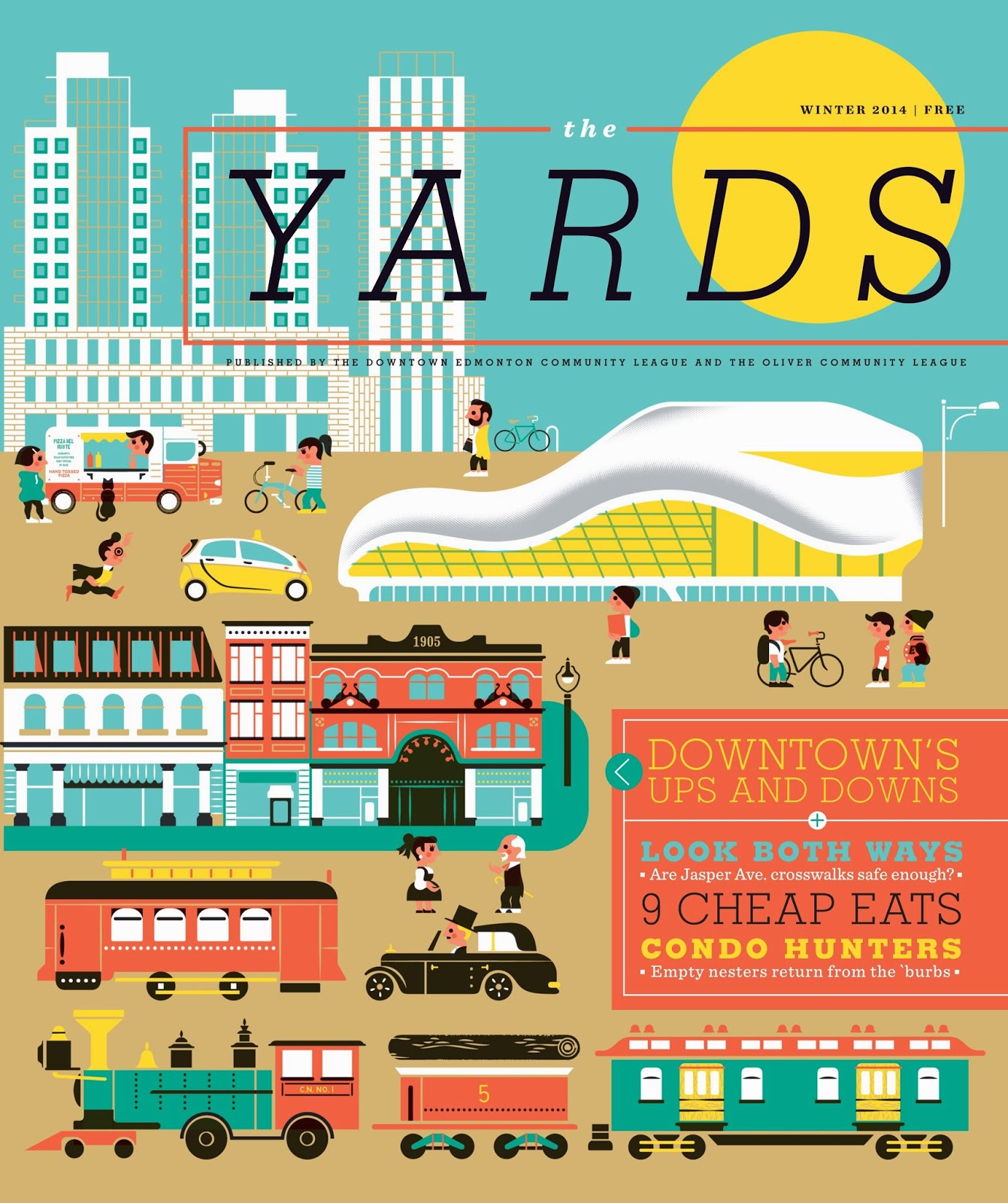 A brand new quarterly magazine will land in central Edmonton starting December 3. The Central Edmonton News Society, in partnership with the Oliver and Downtown Edmonton community leagues, will be distributing 24,000 copies of the premiere issue of The Yards—a hyperlocal (and highly-anticipated) newsprint magazine.

The downtown, and those two neighbourhoods in particular, have seen enormous growth in the past decade. The magazine's name is a loving tribute to the CN rail yards that ran through the downtown just a generation ago.

"For the first time, our community leagues has the ability to reach every  single resident," says Oliver Community League president Jarrett Campbell, "and we're very excited with the community-building opportunities that brings."

The magazine is edited by National Magazine Awards winner Omar Mouallem and designed by Vikki Wiercinzki, who revamped Vue Weekly in 2010. It will focus on urban planning, development, lifestyle and cultural stories.


"Newspapers and newsrooms are shrinking, but there's still hunger for local news—especially in a city growing as steadily as Edmonton," says Mouallem. "Nowhere is this excitement and uncertainty more visible than in the city's core. So as a hyperlocal magazine we can home in on that growth, in on our backyards, and we can understand it and access it better than anyone else."