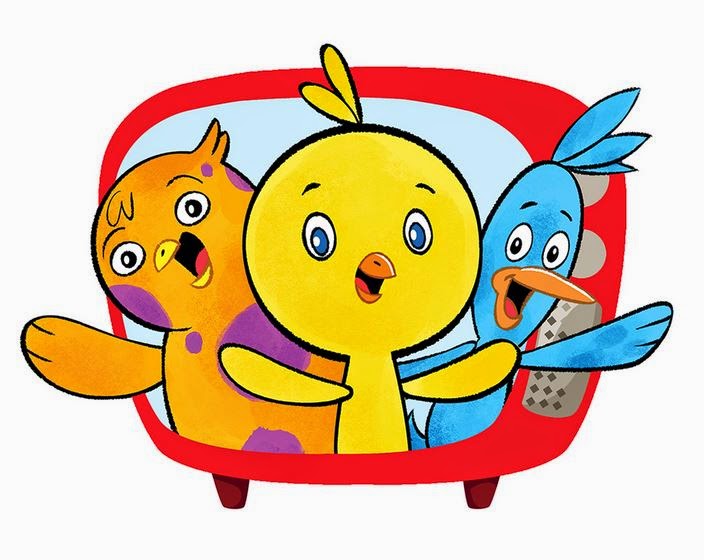 Chirp magazine, published by Owlkids, is unveiling a TV show in collaboration with the CBC and, for the occasion, the character of Chirp has had a bit of a makeover. It was created in 1997 (making the little bird about 18) by Bob Kain but a new look was launched in the Jan/Feb issue, illustrated by Cale Atkinson.

A sort of sneak peek of the show is at 7:15 tomorrow (Friday) and will continue weekly until April 20 when it will be on 5 days a week. A series of books based on the show will be launched later this spring as well as several apps. The show is produced by Sinking Ship Entertainment, licensed by Owlkids, which also publishes Chickadee and Owl magazines for varying ages.  According to Owlkids group publisher Jennifer Canham


"The show will launch in French on SRC this fall. Chirp is already featured in our French-language magazine Pomme d'Api in Quebec. We just got back from Kidscreen in Miami where we met with international broadcasters and should have some new deals to announce shortly."