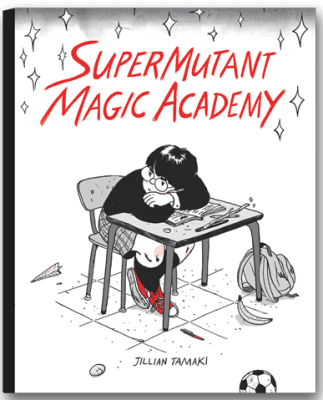 Jill Tamaki, a Canadian comic artist now living and working in New York, recently won a 2016 Will Eisner Comic Industry award according to a post published by Quill and Quire. It was for a collection of her web comic for teens called SuperMutant Magic Academy, published between 2010 to 2015 by Drawn and Quarterly, the Montreal-based publisher.

The awards, which were launched in 1988, are named for the creator of The Spirit and are considered the Oscars of the comic industry. They were presented July 22 at the San Diego Comic-Con.