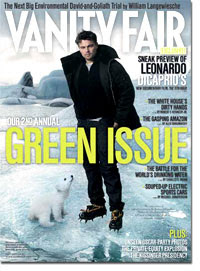 Magazines in the U.S. are being slow to convert to recycled paper, but momentum is building. Cost, misconceptions and general ignorance are among the reasons given in an item in Folio: magazine's online site. [see earlier posts about ancient forest friendly paper.]

There are about 100 magazines currently printing on recycled paper, says Frank Locantore, director of the Magazine Paper Project for Co-Op America. Locantore says cost, misconceptions about cost and general ignorance of publishers have contributed to the lack of conversion.

Even a large number of “green issues” aren’t printed on sustainable paper (see: Vanity Fair’s 2006 “green issue” for a case study on just how disappointing not following through can be to the green community), something Locantore says is the ultimate irony. And even when they do, most magazine publishers don’t continue the practice for their non-green issues. Nonetheless, he says, there’s a momentum building for magazines to continue to demand green alternatives from their paper suppliers.

Now, Mansueto’s magazines—Fast Company and Inc.—are printed on 100-percent recycled paper that is 85 percent post-consumer waste. And Kern says the company pays less than it would to print on regular paper.

“Price and quality don’t have to be sacrificed to make the switch,” says Locantore.