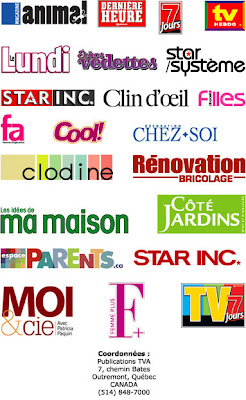 By signing up to membership 21 of the 45 French and English language titles from Quebecor Inc.'s consumer magazine division, TVA Publications Inc., Magazines Canada has consolidated its position as the dominant voice of the Canadian magazine industry.

For too long, Quebecor's magazine division, the largest in Quebec, has not been at the table with the other players, big and small. And now, after being approved for membership by the board of Magazines Canada, they are. It can only make the association stronger, particularly in the French language. The challenge will be for the organization to provide services beyond lobbying (such things as professional development) in both languages.

It cannot hurt to have had Robert Goyette from Selection du Reader's Digest as chair of MC. He is well respected and has been a leading player in the Quebec magazine association AQEM.
Tweet