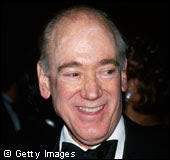 New York magazine has announced that its founder and visionary first editor, Clay Felker, has succumbed at home in Manhattan to cancer. He was 82.

While Felker had a varied career in magazines (his father had worked for the Sporting News and Felker himself started as a sports reporter), having worked at Esquire, The Village Voice, Adweek, Manhattan Inc. and later creating a magazine called New West based in Los Angeles, Felker is best known and will doubtless be best remembered for New York.

He essentially invented the "city magazine" form, one that has been emulated (sometimes well, sometimes not so well) by many other titles including Toronto Life and Vancouver. (Recently, when accepting his lifetime achievement award from the National Magazine Awards Foundation, retiring Toronto Life editor John Macfarlane credited Felker's vision for having guided him in much that he did.)

Felker actually founded the magazine as a newspaper supplement to The New York Herald Tribune in 1964. When the newspaper closed in 1968, he and iconic designer Milton Glaser relaunched New York as a standalone glossy. Almost immediately, they set a new standard.

Kurt Anderson wrote in a tribute to Felker:

Thirty years ago, not long before his fellow owners and Rupert Murdoch squeezed him out of the magazine he had founded, Felker defined New York very simply as a guide to “how the power game is played, and who are the winners.” And [Tom]Wolfe, his early superstar, has said that “Clay’s real interest, although I’m not sure he ever thought it out conceptually, was status and how it operates in New York. ... In New York Magazine, Clay really wrote an enormous novel about the city. ... It was his vision, his plot—a huge novel called The City of Ambition.”

New York’s mission was to compete for consumer attention at a time when television threatened to overwhelm print publications. To do that, Mr. Felker came up with a distinctive format: a combination of long narrative articles and short witty ones on consumer services. He embraced the New Journalism of the late ’60s — the use of novelistic techniques to give reporting new layers of emotional depth. And he adopted a tone that was unapologetically elitist, indefatigably trendy and proudly provincial — in a sophisticated Manhattan-centric sort of way. The headlines were bold, the graphics even bolder.

The look and attitude captured the attention of the city and influenced editors and designers for years to come. Dozens of city magazines modeling themselves after New York sprang up around the country.

Mr. Felker eventually lost New York to Rupert Murdoch in a bitter takeover battle in 1977 [said the Times article]. But his influence can still be felt in the current magazine, from its in-crowd tone to its ubiquitous infographics and inventive typography tailored to each article.

“Clay was obsessed with power, and he invented a magazine in the image of that obsession,” said Adam Moss, New York’s current editor. “His New York took you into backrooms and boardrooms and reported on the secret machinations of the city’s players.”