Mother Jones asked the New York Times to provide a cost breakdown of the major investigative piece in the magazine this past weekend, done in collaboration with ProPublica:
Total: 394k

Sure, information wants to be free;
unfortunately, it's not

In their editors' note in Mother Jones magazine's September /October issue, co-editors Monika Bauerlein and Clara Jeffrey articulate their scepticism about the belief that, in future, journalism will be free. We liked it enough to reprint the piece. Most of what they say applies equally well in Canada.

In our business, you can't swing a dead cat without hitting some expert waxing on about what ails journalism and how to fix it. Gratingly, many of those who tout prescriptions are the same people who let the patient get critical. And the new-media pundits whose analysis was fresh five years ago now feel like a Greek chorus that won't shut up after the curtain's down and the seats are empty. (Or, to retweet @theatavist, a.k.a. writer Evan Ratliff: "Maybe the future of journalism is just an endless vacillating din of banal bluster and whinging about the future of journalism.") We'll save you the agony; here's the Masterplots version:

So where does that leave us? All the honest pundits will give you the same answer: No &$#@ing idea. We may well end up with a society that simply doesn't have the quantity and quality of journalism we've enjoyed. Other countries don't; though those that run well also have functioning regulatory systems and raucous, diverse, parliamentary oppositions—not our two-party compromise machine.

But before we resign ourselves to whinging and vacillating, let's try to rewrite this tragedy. Many Mother Jones readers already help by writing checks beyond the price of a subscription; it's those checks­ that pay for our reporters and earn the attention of the Times and others who have spotlighted our reader-supported model as one promising avenue for journalism.

What it's going to take is for many more Americans to decide that quality reporting—be it on local school boards or Iraq or climate negotiations—is as vital to their lives as box scores and celebrity spats. As media theorist Clay Shirky recently wrote, "Journalism is about more than dissemination of news; it's about the creation of shared awareness," and ultimately the ability to act on that awareness. Because make no mistake: This is a zero-sum equation. Less journalism = less accountability. Corruption, nepotism, cronyism, and propaganda thrive when reporting dies. That's not a price we're prepared to pay. 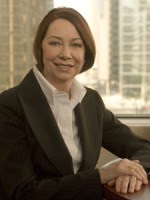 The founder of Today's Parent magazine and the Today's Parent Group, Beverly Topping, is one of the six directors of the Ontario Lottery and Gaming Corporation (OLG) swept out of their positions today. The CEO of OLG, Kelly McDougald was also fired from her $400,000 position "with cause", according to a story in the Toronto Star.

The Ontario Liberal government of Dalton McGuinty is attempting by the dramatic move to head off a scandal as opposition parties are due to receive the results of a freedom-of-information request into OLG expenses.

According to the Star story, finance minister Dwight Duncan released the expenses data at the same time as announcing the purge.

Some of the flagged expenses show OLG members dinged taxpayers for such items as a $7.70 pen refill, the $1,000 cancellation of a deposit on a Florida condo due to work requirements, a $1.12 cloth grocery bag and a $30 car wash claim submitted without a receipt. Also expensed was $487.50 for a nanny to be paid so a worker could attend meetings from September 2006 to December 2006 - while no receipts were handed in, this expense was repaid.

Topping is President and Chief Executive Officer of the Institute of Corporate Directors. She created, built and sold Today's Parent Group to Rogers Publishing. At one time it consisted of 15 separate magazines and line extensions, two television series and the largest family database in Canada. She spent nine years as a director of Canada Trust and CT Financial, and eight years as a Director of Cara Operations (until its 2004 privatization). She is also a director for the Institute of Child Study and the Toronto International Film Festival Group.
Tweet

Canadian magazine subs and singles seem to be starting to stabilize

[This post has been updated] The latest Audit Bureau of Circulations' latest data, for the first half of 2009, shows a decline in single copy sales, but a much smaller decline than the same period a year ago. According to a story in Media in Canada, overall paid and verified circulation was down 1.58% (paid subs down just 0.3% and total single copy sales down 8.43%)

Although the drop in single-copy sales is significant, it is not nearly as steep as the 23.63% decline seen in 2008 (as compared to the same reporting period in 2007). Paid subscriptions looked even better, the 0.3% drop over 2008 figures is minute compared to the 4.78% drop reported in second half of 2008.

Among the magazines that had significant growth:
Two of the biggest drops in paid subscriptions were What's Up with a drop of 42.5% and The Beaver dropping 17.3%.

[UPDATE: Here are the data on the top 45 magazines reported in the ABC Fas-Fax, as reported in Mastheadonline.