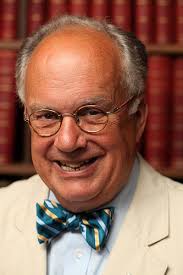 John Fraser, the former editor of Saturday Night magazine and the winner of 11 National Magazine Awards, is to be inducted into the Canadian News Hall of Fame in November. He is to receive the honour along with Toronto Sun cartoonist Andy Donato. The Hall of Fame was founded by the Toronto Press Club in 1965 to honour individuals who made significant contribution to journalism in Canada.

Fraser has had a distinguished career in daily newspapers and magazines spanning more than 50 years. He is the author of 11 books and was both a university lecturer and the Master of Massey College.

He joined the Toronto Telegram in 1960 as a copy-boy, then moved to the Sherbrooke Daily Record and the St. John's Evening Telegram before rejoining the Tely in 1970. After a brief stint at the Toronto Sun, he joined the Globe and Mail in 1972 as a dance critic and later served as theatre critic, Beijing correspondent, Ottawa bureau chief, national columnist, national editor and European correspondent.

In 1987 he became editor of Saturday Night, one of Canada's oldest and most distinguished magazines, and in seven years increased the circulation from 130,000 to more than 500,000 and helped the magazine win the most awards of any Canadian publication.He subsequently wrote columns for the Toronto Star, the National Post, the Globe and Mail and Maclean's. He won three National Newspaper Awards and 11 National Magazine awards, and he is credited with saving and reviving the Southam Journalism Awards. Fraser was also pivotal in the launch of the Canadian Society of Magazine Editors (CSME).
Tweet