Mother Jones is named Magazine of the Year in U.S. National Magazine Awards 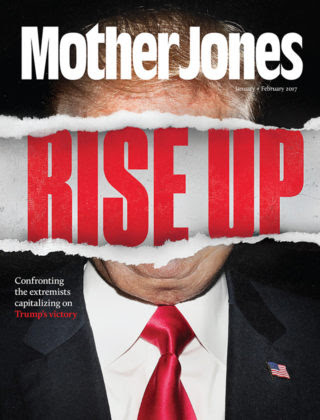 Mother Jones magazine was named magazine of the year, the top prize in the U.S. National Magazine Awards which were presented Tuesday in New York.


"The 41-year-old bimonthly, which also won in the Reporting category for its blockbuster exposé on private prisons, beat out fellow Magazine of the year finalists The New Yorker, Cosmopolitan, The California Sunday Magazine and New York magazine," according to a post on Adweek.

New York tied for the most awards won, claiming best magazine section (for its “Culture Pages” department), single-topic issue (for the Oct. 3-16 issue, “Eight Years in America”), video (for “Guns & Empathy”). The New York Times Magazine won three Ellies (named after the Elephant sculpture created for the award winners by sculptor Alexander Calder (shown)): feature writing (for “I Have No Choice but to Keep Looking” by Jennifer Percy), public interest (for “Worlds Apart” by Nikole Hannah-Jones), and essays and criticism (“David’s Ankles” by Sam Anderson).