Znaimer to launch Zoomer, with
Suzanne Boyd as editor 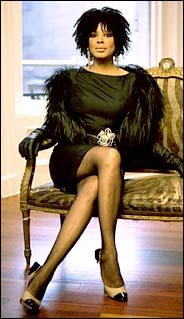 Moses Znaimer, who completed his takeover of the company that publishes CARP, the magazine for the 50-plus and its accompanying website at the end of the year, announced to his staff last week that his company, Fifty-Plus.Net International Inc. will be launching a new fashion and lifestyle magazine for boomers with a new editor.

The new magazine is probably to be called Zoomer and is aimed at people who qualify in age to receive CARP, but who wouldn't join an organization they perceived to be for "old people". (This is reminiscent of Groucho Marx's line about not wanting to join any club that would have him as a member.)

The new editor is a familiar name in Toronto -- Suzanne Boyd, 44, the former editor-in-chief of Flare magazine who had a brief fling with Time-Warner in New York publishing a magazine aimed at African-American women. Suede closed after its fourth issue.

The magazine CARP, which now has a circulation of about 190,000, will probably continue in some form, though it may shrink back to a tabloid newspaper. The new magazine will be glossy, high-end and fashion and lifestyle oriented, more or less the antithesis of the service-oriented magazine it is supplanting.

The previous editor of CARP was Bonnie Baker Cowan, who resigned before Christmas.

Hurrah. Just what we needed. But why is she wearing gloves inside?

All-Canadian competition to the Canadian version of the US More magazine. (Anyone know how it is doing?) But sounds as if Zoomer may aim for both sexes. Yes?

Yes, Zoomer will target men and women. But that name - ouch! Sounds like a Nissan custom pub.

The fist issue of ZOOMER is going in the right direction. I realize that advertising pays the bills, however when the ads dominate a magazine, a lot of readers stay away. The articles are certainly interesting. Keep up the good work!