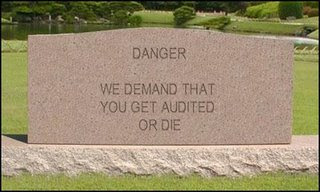 BPA Worldwide and the Audit Bureau of Circulations, which have been bickering of late, found common ground last week when they launched a campaign called "Buy Safe Media", promoting the use of magazine circulation auditing. Admittedly self-serving, the campaign warned marketers against buying ads in non-audited b-to-b publications.

Not surprisingly, it provoked a reaction.

Consultant and columnist Bob Sacks, called it “an attack at the heart of the entrepreneurial publishing business.”

Samir “Mr. Magazine” Husni lamented “how low some folks in our industry are willing to sink in order to make their business flourish.”

Both said that it was silly for magazines to fight each other instead of other media.

And, not surprisingly, in an article in Circulation Management magazine, there were strong counter-arguments:

Ted Bahr, president of BZ Media said he was concerned about publishers who didn't do audits and push inflated numbers:

“I am spending hundreds of thousands of dollars to acquire and maintain the circulation I am claiming, then I spend the money maintaining it in BPA required formats, then I pay BPA between $10,000-$15,000 to audit my books,” he says. “That’s the ethical standard for publishing in this industry. My competitors are therefore able to spend way less than I do, and compete with me by cheating and lying to our mutual customers. My only recourse is to try and educate the advertisers that they need to pressure these outlaws into auditing.”

Yet there were other views: Access Intelligence senior vp Sylvia Sierra said that several of their titles are deliberately unaudited:

“Some of our strongest brands are not audited and take advertising. It is hard to argue the $1,000-per year subscription value that readers place on the information and advertisers place on reach.”

“In a perfect market, where all magazines are audited, I think Bob [Sacks] and Samir [Husni] are justified in saying, ‘Don’t fight among yourselves, fight against other media. But in a market where we’re not all yet at the same level playing field, I think that’s an unfair expectation on their behalf. It’s not the fact that it’s BPA or ABC—it’s the fact that they’ve made the investment in developing quality audience and they can prove that and that gives the advertiser accountability.”

I find this very interesting because many ABC and BPA members have titles that ARE NOT audited. I wonder what their response will be to this initiative. In an ideal world, all publications would be audited - but it isn't realistic for many publishers who can't afford the costs associated with being audited.