Shooting for stardom at Toronto Life 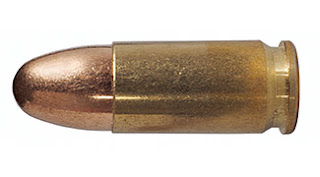 The new hand at the design tiller at Toronto Life is evident in the concept cover of the August issue; it also got a boost on Saturday as the Globe and Mail published a gentle profile of Jessica Rose, who took over the A.D. chair in March . (Yours truly was quoted accurately; Rose's reputation will be built or demolished based on the work she does and how well she manages in her first year -- but no pressure.)

Interestingly, as an extension of its "bullet" cover -- probably one of the first for which Rose can take sole responsibility -- and the cover article by John Lorinc on Toronto getting the hang of coping with gun violence, the magazine ran an online forum asking readers whether they felt safe on the street or whether they'd ever considered owning a gun. The answers, so far, seem to split between people who disagree with the article's premise or who think that gun crime should result in being locked up with the key thrown away. Will such reader comment replace the recently lost blogs?

The Globe story gave relatively new TL editor Sarah Fulford the opportunity to promote Rose. "Jessica is spectacularly talented," Ms. Fulford says. "She's naturally a curator, which is a great quality for an editor." Rose herself said simply "I'm happy to work to prove myself." She also seems to consider the cover subtle: "We didn't want to do what other magazines would - a big screaming headline or a picture of a gun."

Initially it seems a sharp cover concept, except (like the recent Toronto Life covers) it has no personality, and no strength –in fact it's cold. The text is meek, and the omission of other content to be found inside is a waste.
Also, not sure why "fatal shootings since April 2007" has significance on an August 2008 cover.
Overall, such a hard-ass unfriendly approach to a cover could mean low sales numbers.

"no personality", "cold", "hardass", "unfriendly" –perhaps the magazine is delivering what most people think Toronto is anyways.

Meanwhile, the magazine inside has NEVER looked as good as it does now. For the first time ever Toronto Life almost seems worth reading.

Wow, I had exactly the opposite reaction, good cover concept, inside dullsville. I have to agree, no cover lines -- risky, given the climate. Those risky TLers.

I find the cover to be rather cluttered and quite boring. You would think Toronto Life would do something a little more intriguing. Instead they settled for cheap stock photography of a bullet. In my mind showing a bullet or "a picture of a gun" almost the same lack of conceptual thinking. The positioning of the seal at the top is rather awkwardly placed as well.

Also just to respond to the people who already commented. The magazine doesn't look half as good as what Carol Moskot was doing. If you knew anything about typography you would see that Jessica Rose has a lot to learn...design is more than just pretty pictures.

Aren't the bullets pointing the wrong way, at least as far as design conventions would suggest?

I guess all you guys are simply making bullet points.