Spacing magazine to go retail in the spring, selling its city-style merchandise 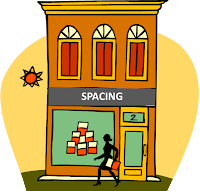 Spacing magazine is shopping -- for a place to sell its burgeoning line of merchandise that relates to its city-building mission. It has plans to open a retail store in Toronto in the spring, though the location has yet to be decided.

Publisher Matt Blackett tells us they are open to traditional retail strips and are discussing the possibility with  developers about opening in the base of a new condo development.


"Our plan is to sell our own merchandise (buttons, magnets, toques, etc) as well as many other Toronto-, neighbourhood-, and city-centric stuff like vintage & creative maps, photo prints, notebooks, clothing, bags, calendars, coasters, glass wear, jewelry (i.e., stuff made from bike parts), etc. We have discovered a lot of people making their own stuff that we can sell on consignment. We also plan to have a curated book section of 50 books all focused on urbanism. 4 books a month would move in & out each month. We plan to move the mag's office into the back of the store too — we're a magazine about life in the public realm, so it seems natural for us to be much more accessible to the public.

"We deal with enough work with stores to realize that there is a niche for us to fill. And with the changing nature of the publishing world we feel it's only natural for us to explore other avenues of revenue."


Blackett says that they've done some research in other cities to explore the types of merchandise they could offer. Such things as "city stores" in Boston and in New York and the e-store of City Bird in Detroit.

Spacing has had great success its own online store and partnering with other retailers in selling such things as lapel buttons and fridge magnets of various Toronto, Montreal and Edmonton transit stations or local landmarks in other cities such as Halifax. It has also branched out into city blogs, an online store, web radio, billboards, clothing and other ventures related to its mission, including a once-a-year "national edition" in print.