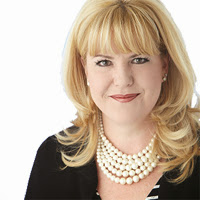 [This post has been updated] Caroline Andrews, the vice-president and group publisher, consumer solutions for TC Media's eastern and western magazines,left the company yesterday. There has not been a public announcement.

[Update: a memo to staff today from Carlos Lamadrid, senior vice president, consumer solutions says that all reports to Andrews will now be made to him, pending finding a replacement. Text below*.]

Since 2007 when she joined the magazine division, she had progressively added publishing responsibilities for more and more titled. From being responsible for The Hockey News and TV Guide, she added Style at Home and Canadian Gardening in 2009, Western Living and Vancouver magazine in May 2012 (when the publisher and editorial director were dismissed and she was promoted to vice-president) and then Canadian Living and Elle Canada December 2012.

I am announcing that Caroline Andrews, Vice President and Group Publisher, Consumer Solutions, Toronto and Vancouver, is leaving the organization as of today and will turn her attention to new professional challenges. Until the position is filled, all managers who were reporting to Caroline will now report to me.Caroline has been a passionate leader within the organization since she joined in 1997. She first took the position of Director for all our Ontario newspapers and subsequently moved to Nova Scotia in 2004 where she transitioned and developed a turnaround strategy for 11 newspapers acquired by Transcontinental. In 2007, she took the position of VP and Group Publisher, Sports, Home, Entertainment and Western titles, then in December 2012, she took on new responsibilities, adding Canadian Livingand Elle Canada to her brand portfolio.

On behalf of the organization, I would like to thank her for her many years with us and wish her the best of success in her future endeavours.

TC Media has lost a true leader. It will never be the same.