Mother Jones co-editors move up the masthead, one as CEO, the other as editor-in-chief 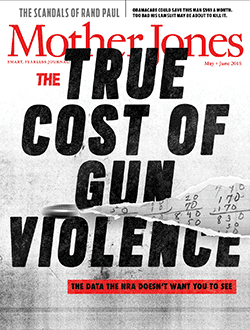 Monika Bauerlein and Clara Jeffery, co-editors of Mother Jones magazine since 2006, have moved up the masthead. Bauerlein becomes CEO, replacing outgoing CEO Madeleine Buckingham and Jeffery becomes editor-in-chief. The pair are credited with transforming the magazine from a traditional print publication with 200,000 monthly readers to a multiplatform news organization with 9 million monthly readers (the print version continues). A press release from the magazine says


They tripled the size of the newsroom, opened bureaus in Washington and New York, and reinvigorated the organization's investigative muscle. During their tenure, Mother Jones has won three National Magazine Awards, two for general excellence.

In 2013 the co-editors were the recipients of the prestigious PEN American award for editing; the judges wrote: "Mother Jones under Jeffery and Bauerlein has been transformed from what was a respected—if under-the-radar—indie publication to an internationally recognized powerhouse…whose writers and reporters often put more well-known and deep-pocketed news divisions to shame."

"Clara and Monika are visionary leaders who have set a new standard for cutting-edge nonprofit journalism," said board chair Phil Straus. "The board of directors
looks forward to working with them on the next stage of our growth."

As part of the reorganization, Maria Streshinsky, the editor-in-chief of Pacific Standard (and, prior to that, managing editor of The Atlantic), will join as deputy editor. Aaron Wiener of Washington City Paper will join as a senior editor in the Washington bureau, and Russ Choma of Open Secrets and Max Rosenthal of Public Radio International become staff reporters.
Tweet