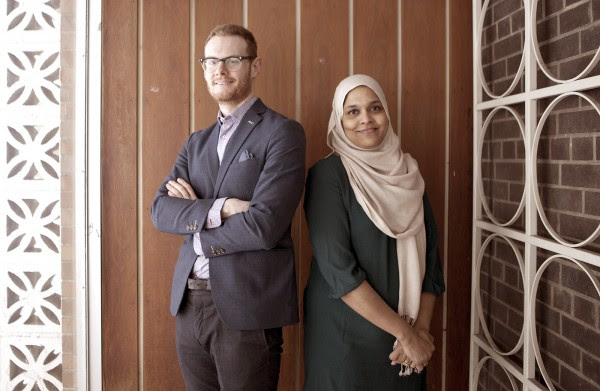 This is the first year that Spacing magazine has managed the iconic Jane Jacobs Prize.  It's named after the late author and campaigner who wrote The Death and Life of Great American Cities and was pivotal in various urban causes while a longtime resident of Toronto.

The winners of the 2014 prize are two people -- Graeme Stewart and Sabina Ali -- who are working to transform the aging highrises of Toronto into livable communities. They join 17 other recipents recognized since 1997 when the award was first administered by Avana Capital Corporation. It decided that Spacing's attention to city building made it ideal to take over management and breathe new life into the award.

Stewart is an associate with E.R.A. Architects and the founding director of the Centre for Urban Growth and Renewal. He's best known as the driving force behind Toronto's Tower Renewal Project.

Ali was instrumental in turning a park in the heart of Thorncliffe Park into a hub for the enormous high-rise multi-ethnic community, shepherding various programs aimed at school-age children, a community market, health and environmental education and a much-needed playground.

The two winners were featured on CBC Radio's Metro Morning.