The program for MagNet, the industry conference from April 25 to 28th in Toronto, has been released. Among highlights are

Control of one of the pioneering online publishers, Salon Media, may soon pass to activist hedge fund Spear Point Capital. New York Post columnist Keith Kelly reports that the 22-year-old venture has seen such declines in its revenue that its stock price has slipped to 8 cents a share (compared with its 1999 public offering at $10.50). It may make it easy pickings for Spear Point, which has been buying up shares in recent weeks. Salon was founded by David Talbot and a handful of refugees from the San Francisco Examiner in 1995 as one of the first entirely digital media outlets and has since been a liberal/progressive website with a reported audience that has grown to about 20 million monthly unique visitors.

"The Internet has put small Canadian magazines into direct competition with every other magazine in the world. Without our grants from all levels of government, we would not survive. I wish we were not so dependent on these funds, but it is a reality for most small Canadian magazines. Former editor Daniel Viola recently remarked to me that Maisonneuve runs on enthusiasm, and that is exactly right. I wish we could provide more remuneration to everyone who contributes to the magazine. I think every small magazine editor and publisher in Canada feels that way!"

-- Jennifer Varkonyi, publisher of Montreal-based magazine Maisonneuve, in an interview with the National Magazine Awards blog.

Quote, unquote: Getting mags in the hands of the right people

"Magazines are exploring brave, dynamic distribution models to secure the future of their print titles. Getting the product into the hands of the right people, whether they are prepared to pay for the magazine or not, will continue to be key."

The Canadian Society of Magazine Editors has added a “Publisher” rate for membership. Now, in addition to the individual rate of $125 a person (for editors, writers, art directors and other industry professionals) and a Patron Rate of $450, which covers everyone in a single publication's masthead, the new Publisher's Rate of $750 which gives CSME membership for all of the magazines in a publishing group and 50% off entry fees to CSME events for all employees as well as free entry to the Editors' Choice Awards gala in June for all its magazines-- consumer, trade or custom.

CSME has also announced that Jill Buchner has succeeded Allan Britnell as president of the association. She was formerly with Canadian Living as well as being managing editor and awards director for CSME.

Entries for contending awards programs coming down to the wire

We will know soon enough which way the creative contributors and magazine publishers have chosen to celebrate their work in this spring's awards season. The final deadlines for entries are in the next couple of weeks: Jan 20 (this Friday) for the 40th anniversary  National Magazine Awards* and Jan 30 (in just under two weeks) their competitor, the brand-new Magazine Grands Prix .

Although there has been no indication by either organization to announce the total number of entries, a lot of small- and medium-sized publishers -- particularly independents and literary cultural titles -- to whom I've spoken felt it was an either-or proposition; to stick with entering the established awards or jump to entering the new ones, (though some may choose to enter both.)

There has been a good deal of puzzlement and discussion about financial and creative choices being required. Either way, one indicator of the industry's views would be a comparison of total entries, a matter of participants voting with their entry fees, so to speak.

*(The NMA Magazine of the Year submissions are Jan 27; The NMA's Digital Publishing Awards deadline is Jan 31 .)

The Canadian Business Media Association (CBMA) has now officially merged with Magazines Canada. The intention to do so was announced last February during the a Business Media Leadership Summit hosted by Magazines Canada. The decision was unanimously approved at a special meeting of the CBMA's membership on November 29 and will be marked by a reception today in Toronto.

The merger may mean the revival of the Kenneth R. Wilson Awards for business media, which was suspended this year pending the merger. "Plans for 2018 will be based upon the recommendations of Magazines Canada’s new business media advisory committee," said a release.


“Magazines Canada has been a leading supporter of the B2B industry for many years now, and this merger is a great step for our sector. It strengthens our voice on the national stage and improves our ability to coordinate on projects that will mean a brighter future for business media,” said Scott Jamieson, vice chair of Magazines Canada’s board of directors and director of content and engagement for Annex Business Media, a CBMA member.

“This move is exactly what we need to do to align our efforts to build a foundation for a stronger trade press in the future,” said John Kerr, CBMA president and CEO of Kerrwil. “In a digital age, having both the consumer and trade press under one roof just makes a ton of sense and I am personally looking forward to rolling up my sleeves to support the next efforts.”

BPA Worldwide, the circulation auditing agency, has announced some new rules that will apply to business and consumer publications and which were approved at its December 2016 meeting.

The Ontario Arts Council has launched a new website that will be home to its new online application Nova; all of the approximately 12,000 grant applications each year will now be submitted online. Some of the 2017 application deadlines have changed. Applications may be done two months in advance of the program deadlines.

The new website and online application complement the major reworking of the OAC's funding framework which was recently announced and launched. (Some 31 magazines received funding in 2015 for a total of $574,383.) 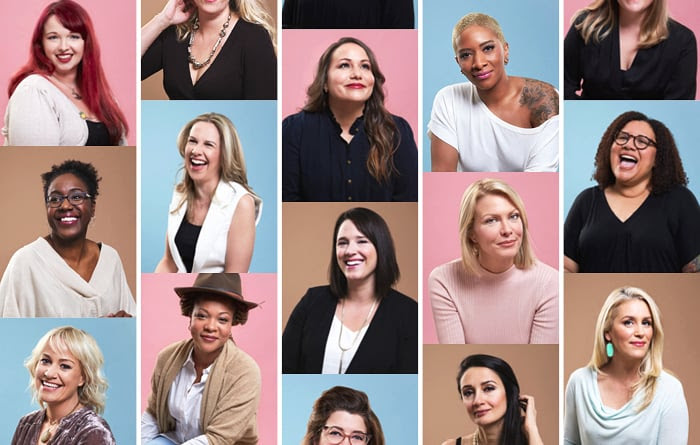 52 per cent of women feel they need to lose at least 20 pounds; about the same (51%) of women who compare their bodies to the bodies of women they know. These, among many other revelations, are included in the report on Chatelaine's This is 40ish survey.

The 2nd annual survey was conducted online with 1,029 women between 35 and 45 in Canada and asked some fairly nosy questions about sex and love, work and home, body and health and everything from pimples to cheating. Among some other answers the survey found: 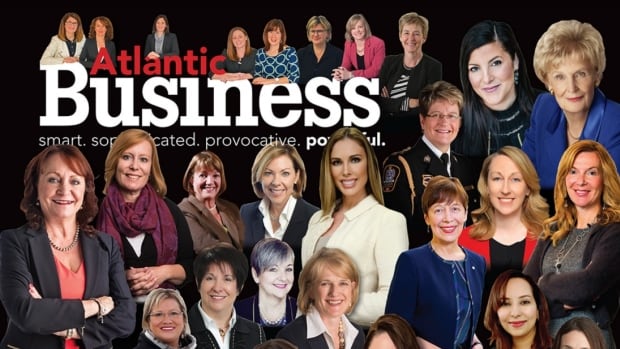 A special issue of Atlantic Business Magazine highlighting women in business has provoked a surprising number of negative response. Dawn Chafe, the executive editor said she was shocked to receive the online comments.


"People coming online and telling us that we needed to build a wall around businesswomen, that a lot of Canadian men are out of work because there's too many women in the workforce," she told the CBC in an interview from St. John's, N.L. "And that was some of the more polite comments."

"Frankly, if you had asked me a year ago did I think we even need this kind of issue, I would have said, 'No, hardly, not in Canada and not in Atlantic Canada. We're far too smart. We're far too advanced for anything like that,'" she said.

Now Chafe said she sees this cover as an apology to businesswomen who have been overlooked and she said the magazine will push to have more women in the magazine in future issues as well.

"I guess after 28 years of producing magazines that have been almost exclusively about men in business, we finally woke up and realized we really needed to pay tribute to the amazing and intelligent and talented businesswomen that are out there in Atlantic Canada," she said.

The National Magazine Awards Foundation is now accepting entries for the 2017 Digital Publishing Awards, honouring excellence by Canada's digital publishers and creators in 22 awards categories. The deadline is January 31.

Entries are open to Canadian digital publishers and content creators whose work appeared during 2016. Eligible publications—including those that support established brands in magazine, newspaper, broadcast, B2B and other journalism, as well as those that serve their audiences exclusively as digital brands—is one with a permanent editorial staff in Canada and published in either English or French or a combination of both.

Awards for individual creators include a cash prize of $500. Entry fees for most awards is $95 at the early-bird rate (by January 20).

After its inauguration in 2016, the Digital Publishing Awards has expanded its program under the guidance of our Advisory Committee, feedback from participants and judges, and the NMAF Board of Directors. New this year:

"In our second year as Canada's preeminent digital awards competition, the 2017 DPAs have expanded to reflect new trends and attitudes in digital publishing and content," said Nino Di Cara, president of the NMAF. "Over the past year, Canadian publishers and creators have thrilled audiences with informative and innovative digital journalism and storytelling. We are looking forward to rewarding the very best of Canada's digital creators."