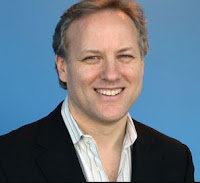 After 12 years, Ken Whyte, the senior vice-president of public policy for Rogers Media and,before that president of Next Issue Canada (now Texture) and president of Rogers Publishing and publisher and editor of Maclean's magazine, is leaving the company, effective April 28.


He joined Rogers in 2005 and became the first joint editor-in-chief and publisher of Maclean’s. He served as executive publisher of Chatelaine, Canadian Business, before being appointed to President of Rogers Publishing in 2011, responsible for all consumer and b2b titles.  Later, his principal focus was the launch of Texture in Canada before moving again to take on responsibility for public policy. Whyte will not be replaced; public policy will become part of the Rogers regulatory team.