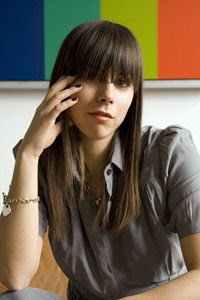 Jessica Rose, a hip young artist and designer with little direct magazine experience, but with a considerable resume for someone of 29, has been named Toronto Life's new art director. She replaces Carol Moskot, who left the magazine in 2007 to launch Jewish Living Magazine in New York. In the interim, the magazine has been designed by veteran art director Louis Fishauf.

According to a Toronto Life release, Rose played a key role at the Drake Hotel in Toronto where, from 2003 to 2005, she was its in-house art director and curator. She has also worked as a designer for Pod 10 Art & Design, a firm led by the highly regarded creative director Carmen Dunjko (former art director of Saturday Night) that branded the Drake, Soulpepper and the National Ballet of Canada. In 2005, Rose was one of the organizers of the inaugural Nuit Blanche, the annual city-wide all-night arts festival, and curated the exhibition “My Secret City” in 2006.

“I’m thrilled that Jessica has agreed to come on board,” says Sarah Fulford, herself barely settled into the chair as Toronto Life’s editor-in-chief. “She is a tremendously creative person and will bring exciting, fresh ideas to the magazine.”

Just a nitpick (or two):

(i) Fulford is the editor, not "editor-in-chief."
(ii) I love the "I'm terribly pre-meditated" portrait of Rose; a must-have for every AD...

Curiously, Fulford was referred to as editor-in-chief in Toronto Life's own press release about the appointment. However, as you say, she is listed as editor on the masthead.

I'd say the portrait is "Surly Babe".

Kinds works for me I have to admit.

Yet another "Art Director" with no magazine experience...Chatelaine, Maclean's now Toronto Life.
Apparently all you need now to land a job in this town is a degree in roller skating backwards through an art gallery.

"A degree in roller skating backwards through an art gallery."

It's sounds like this person has a lot more skill and experience than you are willing to give her credit for even it if isn't directly related to magazines. I hope she makes you eat crow.

The anonymous bitter comments are funny. Use your name, losers.

What's that mean? It's a headshot, like all headshots.

I find the bitter comments disturbing for all sorts of reasons but the one that hit homes the most is that people who work in the arts (in whatever capacity whether that be curator, graphic designer, promoter) are just uneducated "posers" and should not be working at magazines. How insulting.

The other is, I question if she were a man whether people would be having the same reaction.

are you serious lissa?
of course they'd be making the same comments if she were a man. are you familiar with our magazine industry? we discuss ever appointment. this has nothing to do with her being a woman. save that cliche query for when it's relevant.
While i think jessica could potentially do a fantastic job (though i'd say there's also the potential it won't work out) editorial design is a specialty and it's ignorant to think that you don't need experience to do it. Jessica brings lots of other talents to the job but not the 7-8 years in magazines Toronto Life was originally looking for.
...so do you also think magazine designers could overnight become sculpters or painters or photographers and curators?
geez.
i say good luck to her. it's a brave move for TL and for Jessica and i can't help but think they've weighed the odds.

Bitter? No not really, just a bit insulted and surprised. Magazine designers and art directors are very specialized, hence orginations such as SPD (society of publication designers)...oh the ignorance!

I don't think there is a person working in the magazine industry today that doesn't have a bitter thought about how many recent art directors (and editors) who secured their positions without the valid experience that used to be required by respected publications. Once again it will be the existing experienced staff in both the art and editorial departments that will suffer the consequences that go along with such pretentious hire.

Come on kids Ugly Betty didn't have any experience either! Have fun Jessica!
Oh, and welcome to the wonderful world of magazine publishing. It only gets better with each cover critique. Just ask any experienced Art Director that's been pushed out of their job for fresh and groovy newbies that will work for half the cash.

All bitter. All sadly true. This would make a great feature story. Fasten your seatbelts Toronto Life.

Anon 12:40 wrote:
"Once again it will be the existing experienced staff in both the art and editorial departments that will suffer the consequences that go along with such pretentious hire."

Hear hear! (And according to the rumor mill, it's already happening.) When a mag like Toronto Life announces a hire like this, it certainly merits debate and yeah, a little scorn.

a) Tossing aside the perfectly loyal readers they already have ("Hey guys, I know! Let's go after a more sophisticated, high-end reader!"). Exhibit A: Moses thinking CARP readers (or anyone, for that matter) will want to self-identify as "Zoomers." Exhibit B: The mess over at Chatelaine that's finally being reflected in the numbers (I noticed in PMB '08 that they said buh-bye to about 355,000 readers, ouch).

b) Consistently overlooking the qualified professionals they already have on staff (or just qualified mag pros, period) and indulging this kind of dilettantism. It's embarrassing.

Yes, I was very serious. With a combination of posts about her appearance and comments that she only has a "degree in roller skating backwards through an art gallery" it certainly raised my eyebrows. (Why else discredit all the useful and legitimate art and design experience and education she does have with a stupid comment like that?)

And yes, I am familiar with the magazine industry indeed, and didn't know it belonged only to a select few. I'm also an artist and thought we were the snobbiest of all, but apparently not! I have also learned that art magazines live/function a bit differently, so maybe that's why I am more open to the idea of hiring a "jessica rose."

I guess I'm just one of those rare folks working in the magazine industry who doesn't harbour all those bitter nasty thoughts. Or maybe I just need some more time.

oooh, all the juicy hate. is this the most commented post ever?
maybe she's self-taught. maybe she's been studying magazine design in her spare time. maybe Fishauf will mind-meld all his experience into her brainbox. maybe she'll keep the current staff and they'll pick up the slack. maybe she'll act like a "creative director" and offer up visionary haikus for the designers to translate into fresh perpectives. maybe no experience IS required. no pressure.

I can't believe Fishcauf has agreed to stay on to mind meld. Run man run! or better yet strap on some roller skates. This hire is just wacky. Sara Angel is still unemployed maybe if TL acts now they can scoop her up too!

This is not about Jessica Rose being a woman, give us all a break.
Magazines need good seasoned Editors and Art Directors who know what the hell they are doing!

Hurling insults and baseless comments under an anonymous title is just plain lame. You reek of jealousy and spite.

Have some balls FFS.

Personally, the recent direction in terms of the art direction for TL has been sad. It is old and tired and frankly embarrassing for a title with such history. And while the lot of you who seem to think that only a seasoned vet can art direct a magazine of such stature there are many, many examples of wonderfully designed publications throughout the world done by people without your necessary '5-7' years of experience.

Looking forward to what Sarah and Jessica can bring to the mag.

All of you need to buy a dictionary and Strunk and White.